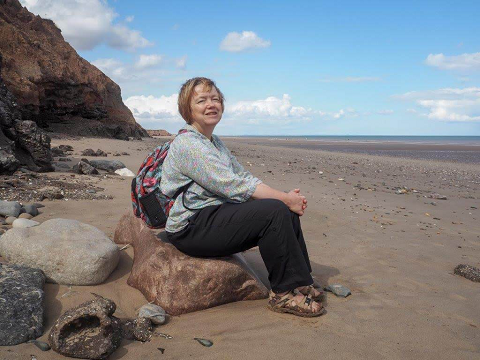 Lesley first became aware of the W.I as a child through attending occasional birthday parties in the W.I Hall in Great Ayton in North Yorkshire & her mother's membership of the village W.I.

She had long wanted to join a W.I. so when she took early retirement from Hull City Council in 2015 shortly afterwards joined the Beverley Belles.  She subsequently transferred her membership to Beverley W. I. and joined their committee this year.

Lesley enjoys "attempting” crafts with various levels of success (or not) and was delighted to be invited to join the EYFWI Creative Events Committee. She has recently been appointed Chairwoman of it.

Lesley originally came to East Yorkshire to attend Hull University - a long time ago! She subsequently worked in local government mainly in Hull.

Her interests include history (including local and family history), current affairs - especially relating to housing, social care, the environment & science, walking, reading, cooking & eating. Being insatiably curious, she has been gratified by the opportunities the W.I and local W.E.A classes have provided to expand her knowledge about a range of things.